In reading The Military and the Media 1968-1973: The U.S. Army in Vietnam, by William H. Hammond, a U.S. Army study on military-media relations and the shortcomings of the latter half of the Vietnam War, over the last two days for my master’s thesis, I stumbled across some shockingly powerful images I have never seen before of the Vietnam era, one of which was even taken by a U.S. Senator (Thomas Harkin). While the entire volume includes some iconic images, real relics, and outstanding insight, these three images stood out enough to share already with viewers of my new online photo journal, where in chronicling a “visual evolution” I have placed a few limitations on myself: 1) 1-3 images a day, 2) one must be of my own creation, 3) tearsheets have no price; they are always welcome. Here are the images that struck me most from Hammond’s volume for the U.S. Army:

“Several state governors’ responded to the turmoil by ordering Army National Guard units to occupy university campuses. On 4 May [1970] one of those units at Kent State University in Ohio reacted in panic and anger to the taunts of protesters by firing into a crowd of bystanders. Four students were killed, none of them demonstrators.”

This last image perhaps is most deserving of the precedent it set for U.S. congressional involvement in humanitarian affairs at the highest level and in direct violation of existing human rights treaties and conventions – the very intersection with which my thesis addresses in handling the precarious relationship between the military and the media in the United States.

“A story that broke during July 1970, when Don Luce and a congressional aide, Thomas R. Harkin, revealed substandard conditions at a South Vietnamese prison, provides a case in point… Declaring that the South Vietnamese government was employing U.S. aid in the mistreatment of both civilian inmates and captive Viet Cong sympathizers… The problem began to take shape on 2 July, when Luce visited a prison on Con Son Island, located one hundred kilometers off the Mekong Delta in the South China Sea… During the course of the visit, in violation of rules in effect at prisons around the world and over the protest of the facility’s commandant, Harkin photographed some of the prisoners. The party then chanced upon what were known as tiger cages, maximum security cells with iron grills for tops that were used to hold particularly dangerous prisoners, ‘tigers’ in local parlance. Harkin and Luce, again over the protest of the commandant, questioned some of the inmates. The prisoners claimed that when they were disobedient, the guards sprinkled them from above with powdered lime that burned their flesh and eyes. The commandant denied the allegation on the spot, asserting that the lime in evidence around the site was used only to whitewash walls. The Chief of the Public Safety Directorate of the Office of the Assistant Chief of Staff for Civilian Operations and Revolutionary Development Support (CORDS) Frank E. Walton, who was present, later contradicted that assertion, observing that powdered lime was evident on the top of the grillwork covering the cages.” -p. 359-60 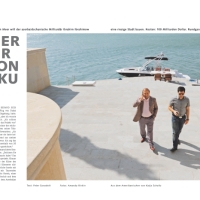 all images and text copyright Amanda Rivkin 2016 unless otherwise noted.