My heart to the victims, their friends and family as well as the people of Istanbul and Turkey after today’s suicide bombing on Istiklal Caddesi, Europe’s busiest street, a major pedestrian thoroughfare aligned with shops and restaurants that cuts through the heart of the Beyoglu district from Taksim Square to the ferry boat terminals of Karaköy. There are more bombings and senseless deaths today in the world than the imagination could have dreamt possible at the close of the last century. Often they occur far from home, but every day it seems they dream up new ways to manage to bring it ever closer to home, wherever home is. Some of us have seen our cities struck, our friends hurt, killed, maimed or disappeared into the abyss of wars and attacks of the age of terror. For me, Istiklal is close to home because it was home.

Images from my archive of Istiklal in better times showcase the avenue as at the center of political, social and economic life in Istanbul: 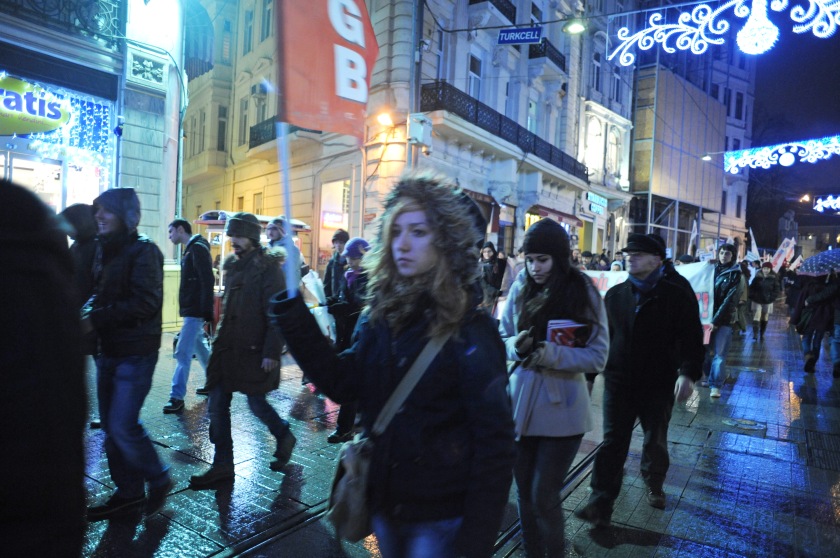 Nationalist demonstrators march after the lower house of the French parliament passed legislation making it a crime to deny genocide, a move specifically intended to bolster support among the large Armenian diaspora in France, on Istiklal Street in the Beyoglu neighborhood in Istanbul, Turkey on December 21, 2011.

Nationalist demonstrators march up Istiklal Caddesi from Tunel in support of Ataturk’s principles of a secular republic and against the ruling Justice and Development Party, AKP in Turkish, on Republic Day in Istanbul, Turkey on October 29, 2012. 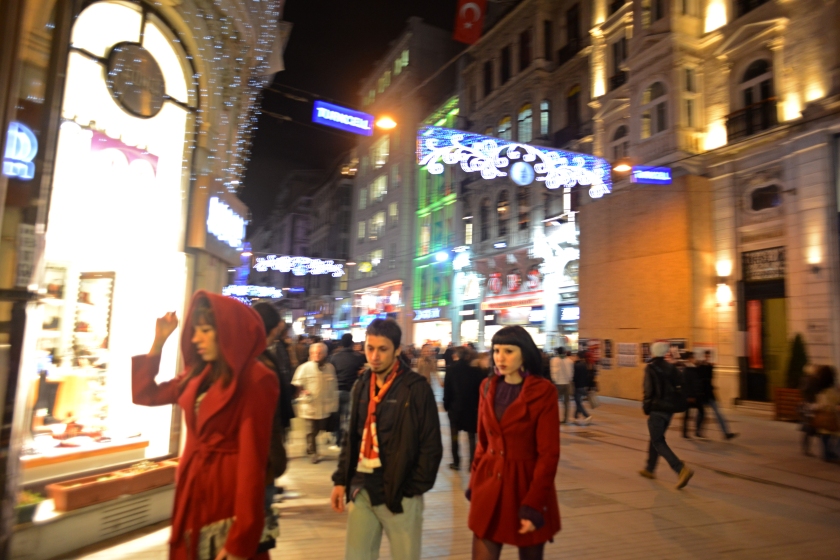 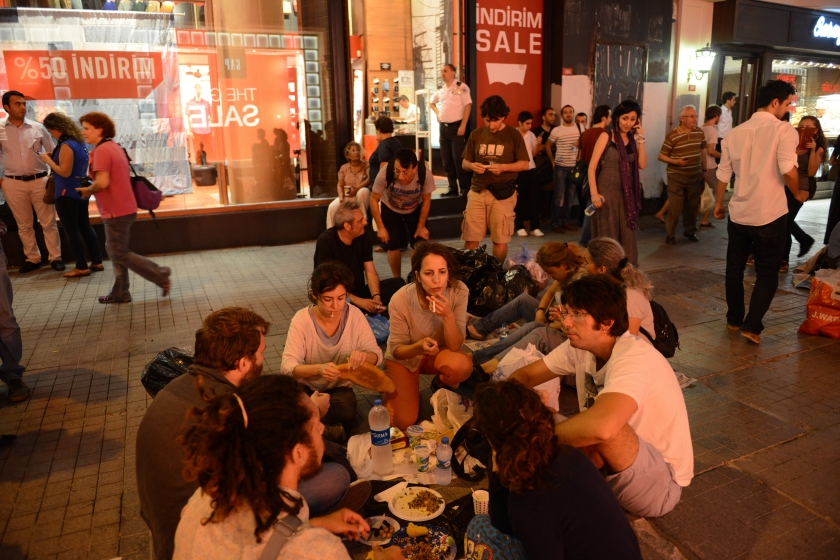 People gather for Iftar dinner on newspapers on Istiklal Street in a show of solidarity with the demonstrators that had previously occupied Gezi Park at the start of Ramadan in Istanbul, Turkey on July 9, 2013. Since demonstrators occupied Gezi Park for two and a half weeks last month, police have maintained a heavy presence in Taksim Square and periodic clashes have erupted as demonstrators have returned to the square in protest of Prime Minister Recep Tayyip Erdogan.