Some tearsheets from this week covering the Cypriot banking crisis from Nicosia, Cyprus. 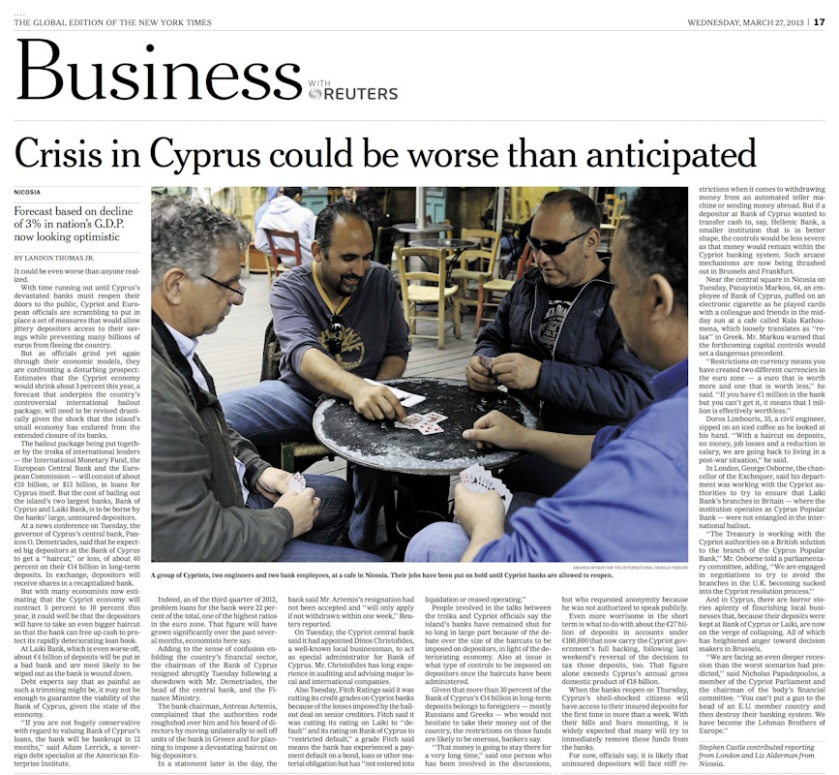 A group of Cypriots, two civil engineers and two bank employees, at a cafe in Nicosia. Their jobs have been put on hold until Cypriots banks are allowed to reopen. “Crisis in Cyprus could be worse than anticipated,” photograph by Amanda Rivkin for The International Herald Tribune, March 27, 2013, p. 17.

Bank of Cyprus employees, some of them in tears, swarmed the Central Bank in Nicosia on Tuesday to demand the resignation of its chief. The country’s banks will remain closed until Thursday morning as many fear for their life savings and jobs. “European finance chiefs helped plant time bomb for Cyprus,” photograph by Amanda Rivkin / VII Mentor Program for The International Herald Tribune, March 27, 2013, p. 19.