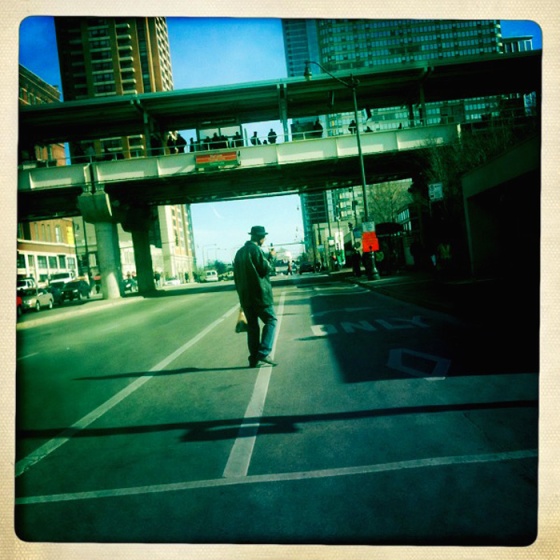 A man crosses Roosevelt Road in Chicago on February 8, 2012.

2012 was luckily not like 2011, a year that goes down with 1789, 1848, 1917, 1989 as a year of revolution.  By contrast, 2012 was a year of transition in most every respect.  Global technologies, movements, ideas, and politics are all in flux; only the economies of the world remain sluggish, with some notable exceptions.  Turkey is one of these exceptions.  By 2023, the centennial of the modern secular Turkish Republic, the currently ruling Justice and Development Party, AK Party according to its Turkish acronym, hopes that Turkey will be counted among the top 10 economies in the world. (A great BBC Global Business report on what could go wrong is well worth a listen.) After finishing my Fulbright grant in Azerbaijan, photographing Azerbaijani Women, the Baku-Tbilisi-Ceyhan oil pipeline and the Eurovision Song Contest, I moved to Istanbul in September to freelance here in Turkey and the region. 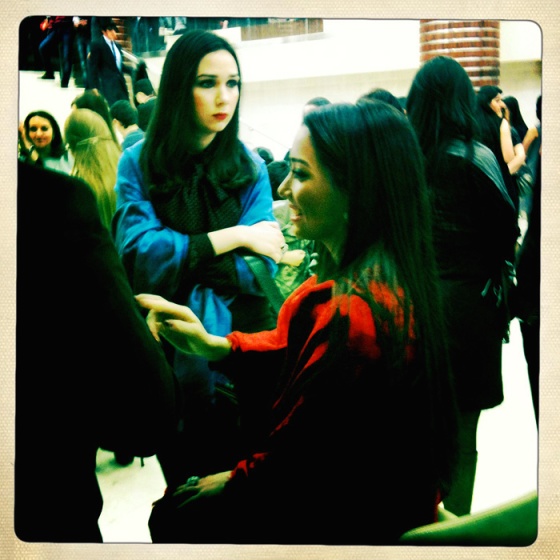 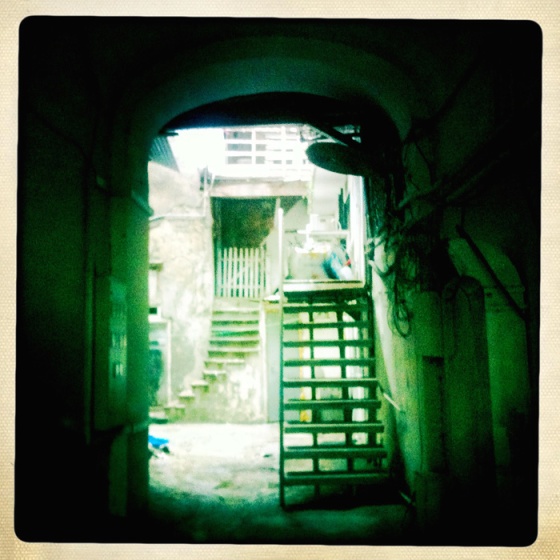 Stairwells in the old city of Baku, Azerbaijan on February 15, 2012.

The ruins of the destroyed Kurdish village of Fis, Turkey on February 24, 2012. The Kurdish Workers’ Party (PKK) leader Abdullah Ocalan held his earliest meetings in the town, which attracted the attention of the Turkish military who, according to the handful of remaining villagers, attacked and burned the town repeatedly in the 1990s. 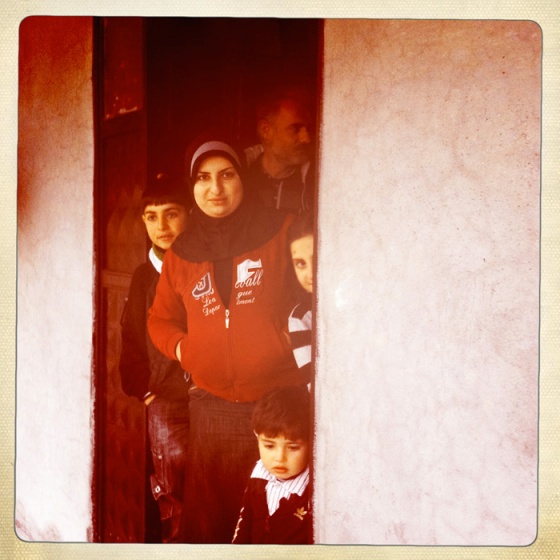 A family of Syrian refugees in Guvecci, Turkey on February 27, 2012. 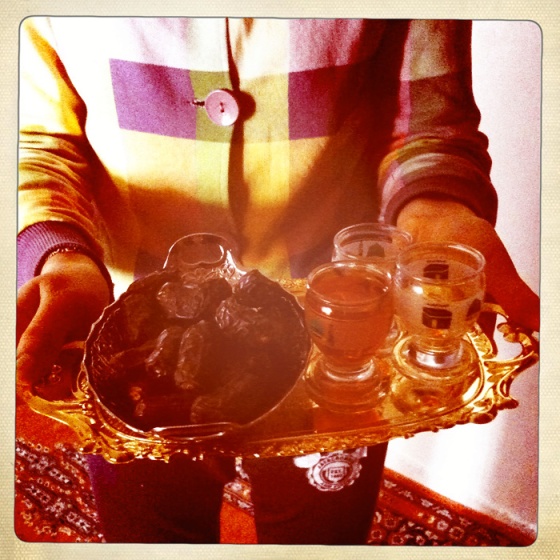 Dates and water from Mecca in Diyarbakir, Turkey on February 28, 2012.

I joined the VII Mentor Program where I am working with Ron Haviv on improving my craft for the duration of two years. In this time, I will be represented by the VII Photo Agency. My work has appeared in two exhibits this fall, one in Aleppo in a city under siege under the direction of photographer, gallerist, and curator Issa Touma whose efforts garnered the attention of CNN and New York photo industry publication PDN. The rotating openings, conducted during the battle for Aleppo, featured work from photographers around the world and represented a symbolic effort to go forward with his Aleppo International Photo Festival, usually held in prominent locations and galleries in Aleppo’s old city, something that became impossible as street battles raged there. My work from Azerbaijan was included in an exhibit entitled, “Tomorrow Belongs to Me,” a look at the promises and betrayals of a post-Soviet society that remains stagnant in transition twenty years after the fall of and dissolution of the former Soviet Union. 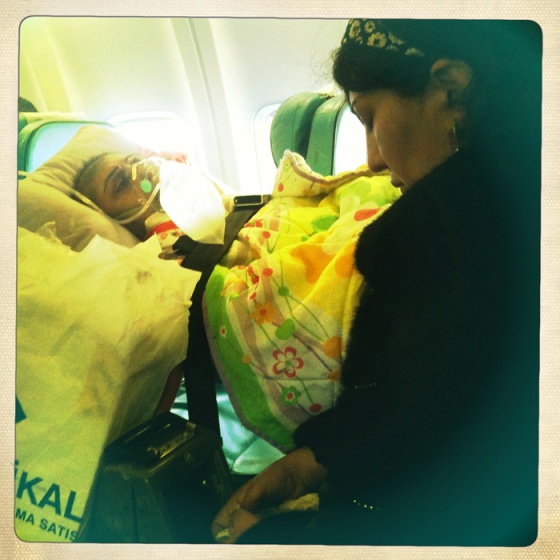 Seated beside two Azerbaijani sisters, one with cancer, on a Turkish Airlines flight from Diyarbakir to Istanbul, Turkey on February 29, 2012.

The bus driver’s assistant uses a mirror attached to the windshielf to look behind him on the bus from Baku to Ganja, Azerbaijan on March 3, 2012.

A girl touches a woven rug portrait of former Azerbaijani President Heydar Aliyev, known as “The National Leader,” on display in the old city of Baku, Azerbaijan on March 20, 2012. 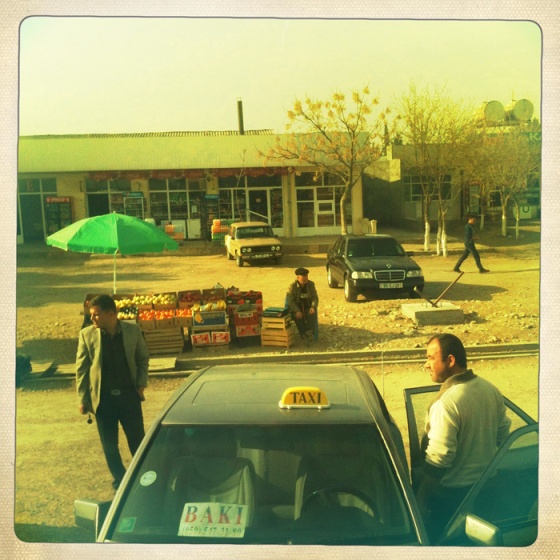 Actresses on the set of the popular television series “Cavanliq” in Baku, Azerbaijan on May 1, 2012. 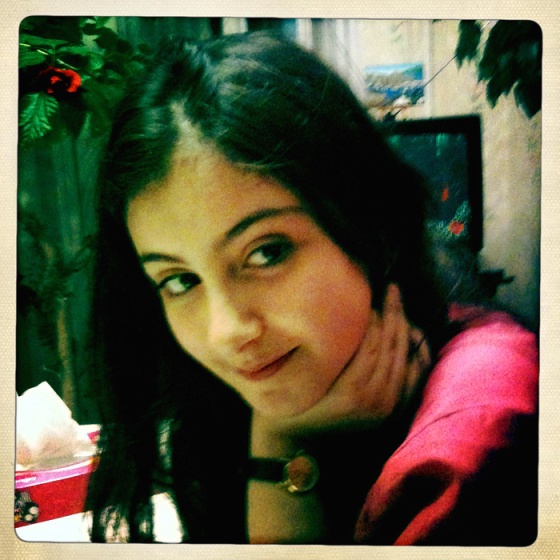 Gamar Tagili, the daughter of the murdered Azerbaijani writer Rafiq Tagi, at home in Baku, Azerbaijan on May 4, 2012.

The year is coming to a close. Unlike last year’s idealism and revolution, this year was about maturation, disillusionment to an extent, but arguably growth as well. This year was tremendously difficult for people living in countries that have undergone so much upheaval in the past few years, where security has been upended and resolution and improvements hard to see and even harder to come by. In other places, cosmetic reforms continue to obscure blemishes the size of cysts and elsewhere hardlines are destroying nations. And for others, the personal tragedy that comes with being on the wrong side of history for even a day can have life-altering implications. There are others who suffer quieter tragedies, and feel their pain so acutely where others see it only in the margins. Others lost their lives in struggles both unknown and recorded magnificently on the front pages of history. This year if anything was about these struggles for dignity and justice.

There is a reason revolutionary years are not every year. This was not a revolutionary year. Despite the ongoing, cataclysmic upheaval in the Middle East, every year like 2011 must be paid for in the blood, tears, sweat and heart aches of a generation. The impatience already being expressed for the slow pace of transition belies something every photographer knows: the journey is the destination. This is what shapes you and this is what makes you. The past few years saw so many significant countries undergoing dramatic upheaval. Feared presidents, security services and social orders were tossed aside by populations sick after so many years of living the lies that are opposed to what Vaclav Havel once called “living in truth” – the act of living in opposition through truth under an authoritarian regime. It is then only so appropriate that Vaclav Havel passed in the beginning of the winter of 2011 after witnessing this echo of 1989 in the Middle East. If Russia botched its transition, and China is in the midst of one with an eye towards Russia’s failure, where then will the Middle East go twenty years from now?

The woman in line in front of me to board a flight to Nakhchivan at Heydar Aliyev airport domestic terminal in Baku, Azerbaijan on July 14, 2012.

In Nakhchivan, it was possible to see Iran (mountains at left) from the rural house I was staying in! Givrakh, Nakhchivan Autonomous Region, Azerbaijan on July 16, 2012.

A family stuck in traffic returning from the beach in Merdakan, Azerbaijan on July 23, 2012.

One of the men we hitchhiked with returning from Xenaliq, Azerbaijan on August 20, 2012. Xenaliq is along the border with Dagestan and is one of the oldest continuously inhabited mountain villages in Eurasia.

Technology has also transformed the way we look at, consume, discuss, and make images. So many articles have been written about the new experience of photographing that cell phone cameras have introduced now that quality has improved to such a point as to rival the earliest DSLR cameras. I also acquired an iPhone for the first time early in the year and began taking pictures with it using the applications Hipstamatic and 6×6. I have found that I myself often use this cell phone camera most when I am in transition personally, whether commuting, between projects and places. So I thought it would be appropriate to look back at this past year and towards a new year with a look at the transitional nature of my image making on my iPhone, especially now that publications such as National Geographic, The New Yorker and TIME are all assigning photographers shoots demanding that the iPhone is the dedicated image making tool, whether for a photo department’s Instagram feed or hurricane coverage. Everyone concerned with the matter must read VII Photo’s Director Stephen Mayes in conversation with Pete Brook of Wired Magazine’s Raw File blog (also the creator and editor of the prolific and brilliant Prison Photography blog, dedicated to exactly what it sounds like). 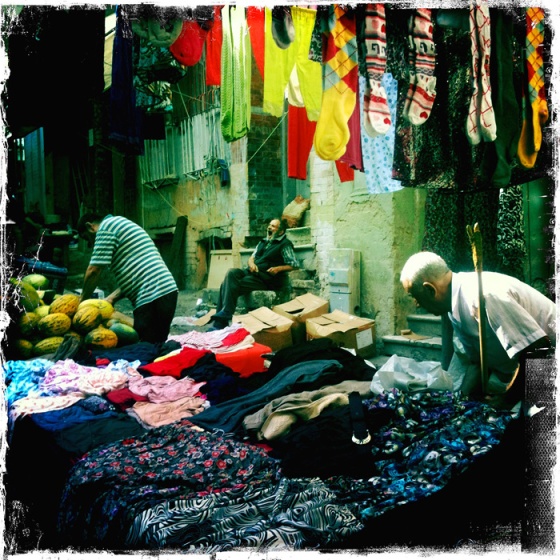 Vendors at the Tarlabasi market in Istanbul, Turkey on September 30, 2012. 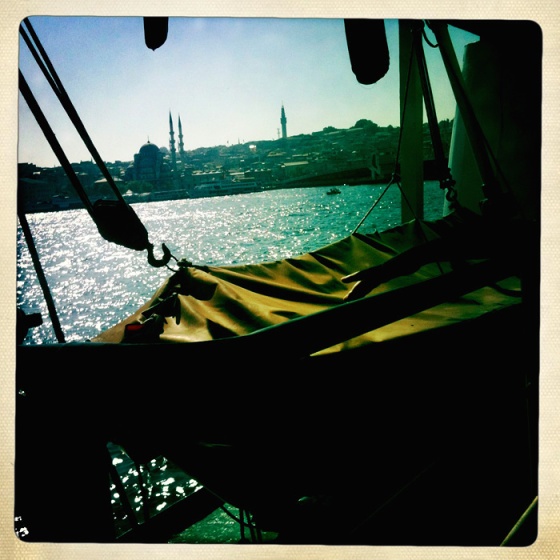 A view of the Bosphorous and the Golden Horn from a ferry from Karakoy on the European side and Kadikoy on the Asian side of Istanbul, Turkey on September 30, 2012. 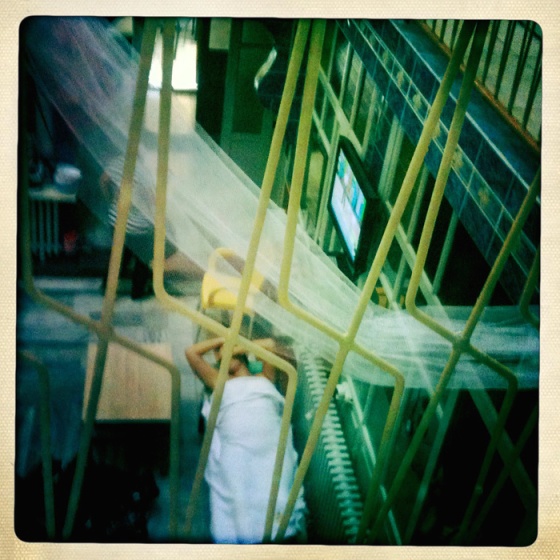 The hammam in Uskudar on the Asian side of Istanbul, Turkey on September 30, 2012.

The streetcar on Istiklal Caddesi in Istanbul, Turkey on October 2, 2012.

A ferry traveling to the Prince’s Islands in Istanbul, Turkey on October 5, 2012.

A man exits a secret beach on Buyukada, the largest of the Prince’s Islands in Istanbul, Turkey on October 5, 2012.

Girls at the Tarlabasi market in Istanbul, Turkey on October 28, 2012. 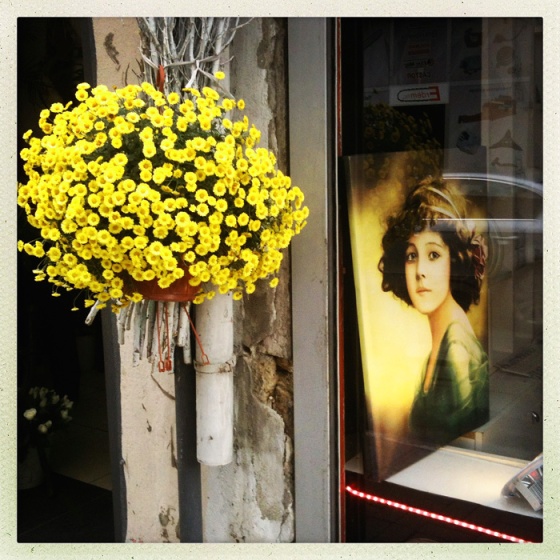 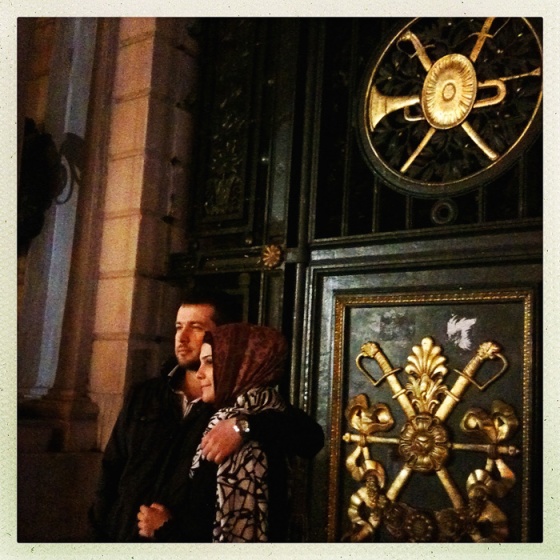 A couple poses for a picture in front of the Galatasaray high school in Istanbul, Turkey on November 9, 2012. 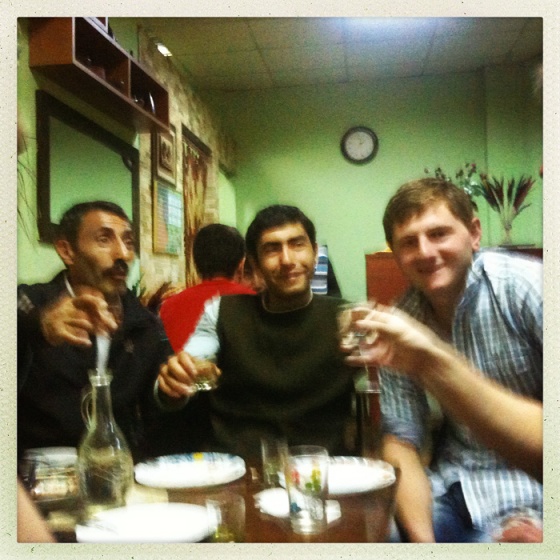 Georgians toast with chacha at a Georgian restaurant in Aksaray, Istanbul, Turkey on November 18, 2012. 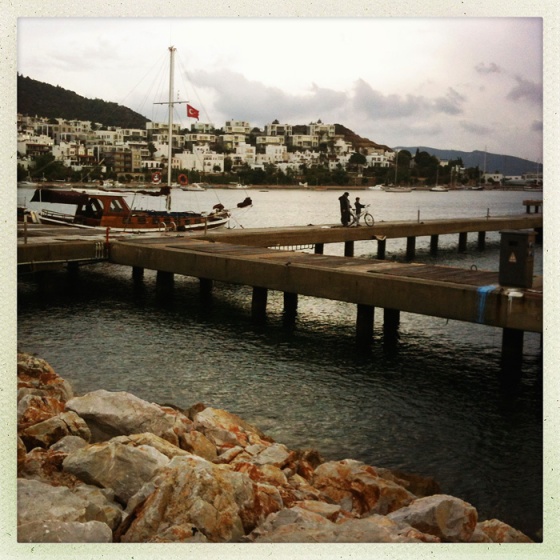 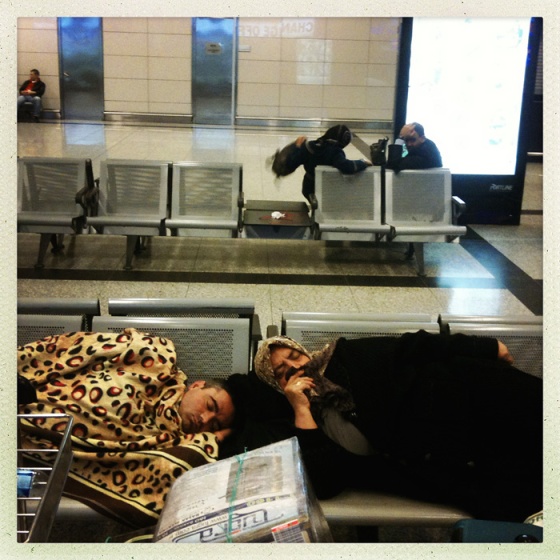 A man and a stray dog on the streets of Beyoglu, Istanbul on December 2, 2012. 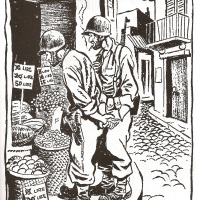