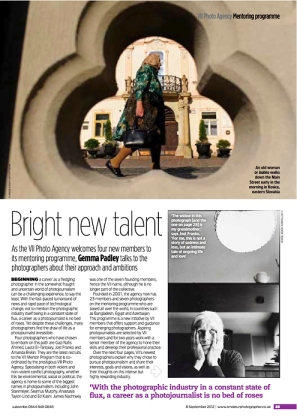 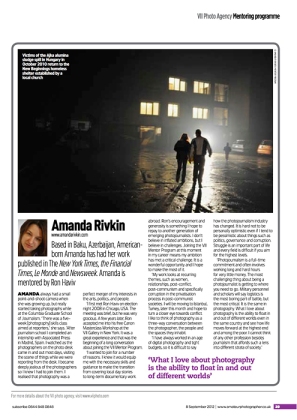 As the VII Photo Agency welcomes four new members to its mentoring programme, Gemma Padley talks to the photographers about their approach and ambitions

Four photographers who have chosen to embark on this path are Gazi Nafis Ahmed, Laura El-Tantawy, Jost Franko and Amanda Rivkin. They are the latest recruits to the VII Mentor Program that is co- ordinated by the prestigious VII Photo Agency. Specialising in both violent and non-violent conflict photography, whether this be environmental, social or political, the agency is home to some of the biggest names in photojournalism, including John Stanmeyer, Seamus Murphy, Anastasia Taylor-Lind and Ed Kashi. James Nachtwey was one of the seven founding members, hence the VII name, although he is no longer part of the collective.

Founded in 2001, the agency now has 23 members and seven photographers on the mentoring programme who are based all over the world, in countries such as Bangladesh, Egypt and Azerbaijan. This programme is a new initiative by VII members that offers support and guidance for emerging photographers. Aspiring photojournalists are selected by VII members and for two years work with a senior member of the agency to hone their skills and develop their professional practice.

Over the next four pages, VII’s newest photographers explain why they chose to pursue photojournalism and share their interests, goals and visions, as well as their thoughts on this intense but
highly rewarding industry.

Based in Baku, Azerbaijan, American-born Amanda has had her work published in The New York Times, the Financial Times, Le Monde and Newsweek. Amanda is mentored by Ron Haviv

AMANDA always had a small point-and-shoot camera when she was growing up, but really started taking photographs while at the Columbia Graduate School of Journalism. ‘There was a five- week [photography] skills class aimed at reporters,’ she says. ‘After journalism school I completed an internship with Associated Press in Madrid, Spain. I watched as the photographers on the photo desk came in and out most days, visiting the scene of things while we were reporting from the desk. I became deeply jealous of the photographers so I knew I had to join them. I realised that photography was a perfect merger of my interests in the arts, politics, and people.

‘I first met Ron Haviv on election night 2008 in Chicago, USA. The meeting was brief, but he was very gracious. A few years later, Ron accepted me into his free Canon Masterclass Workshop at the VII Gallery in New York. It was a great experience and that was the beginning of a long conversation about joining the VII Mentor Program.

‘I wanted to join for a number of reasons. I knew it would equip me with the necessary skills and guidance to make the transition from covering local day stories to long-term documentary work abroad. Ron’s encouragement and generosity is something I hope to repay to another generation of emerging photojournalists. I don’t believe in inflated ambitions, but I believe in challenges. Joining the VII Mentor Program at this moment in my career means my ambition has met a critical challenge. It is a wonderful opportunity and I hope to make the most of it.

‘My work looks at recurring themes, such as women, relationships, post-conflict, post-communism and specifically corruption in the privatisation process in post-communist societies. I will be moving to Istanbul, Turkey, later this month and hope to turn a closer eye towards conflict.
I like to think of photography as a three-way conversation between the photographer, the people and the spaces they inhabit.

‘I have always worked in an age of digital photography and tight budgets, so it is difficult to say how the photojournalism industry has changed. It is hard not to be personally optimistic even if I tend to be pessimistic about things such as politics, governance and corruption. Struggle is an important part of life and every field is difficult if you aim for the highest levels.

‘Photojournalism is a full-time commitment and often involves working long and hard hours for very little money. The most challenging thing about being a photojournalist is getting to where you need to go. Military personnel and scholars will say logistics is the most boring part of battle, but the most critical. It is the same in photography. What I love about photography is the ability to float in and out of different worlds even in the same country and see how life moves forward at the highest end and among the poor. I cannot think of any other profession besides journalism that affords such a lens into different strata of society.’ 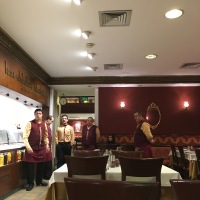 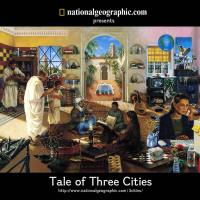