“CHICAGO—Rod Blagojevich, the ousted Illinois governor whose three-year battle against criminal charges became a national spectacle, was sentenced to 14 years in prison Wednesday, December 7, 2011, one of the stiffest penalties imposed for corruption in a state with a history of crooked politics. Blagojevich’s 18 convictions included allegations of trying to leverage his power to appoint someone to President Barack Obama’s vacated Senate seat to raise campaign cash or land a high-paying job.”

(FILES) Illinois Governor Rod Blagojevich attends a press conference at Northern Illinois University in DeKalb, Illinois, on February 15, 2008. according to the Chicago Tribune on December 9, 2008 Blagojevich was taken into federal custody at his North Side home this morning. The governor’s administration has been the subject of a federal investigation into whether contracts and jobs were being traded for contributions to Blagojevich’s campaign fund. The investigation has been expanded to include allegations of wrongdoing in selecting a successor for President -elect Barack Obama’s Senate seat. AFP PHOTO/Amanda Rivkin/FILES (Photo credit should read Amanda Rivkin/AFP/Getty Images) 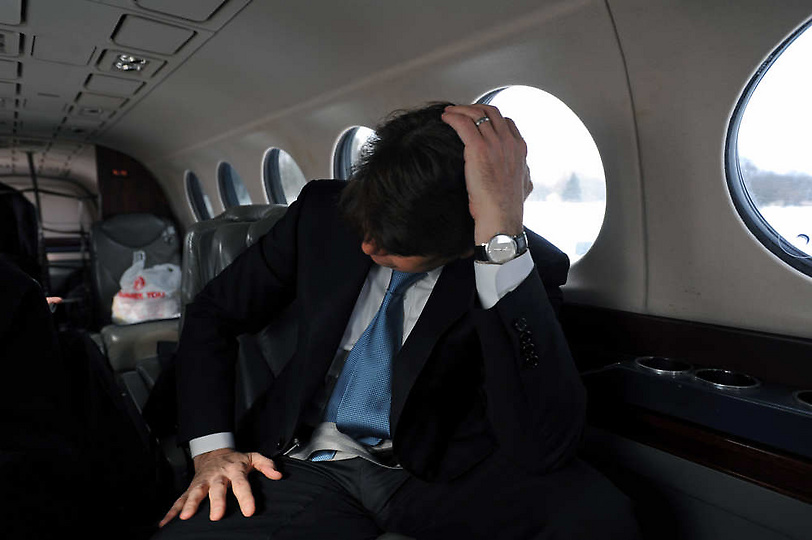 (NYT41) SPRINGFIELD, Ill. — Jan. 29, 2008 — ILL-GOV-IMPEACH-8 — Gov. Rod Blagojevich awaits his jet’s takeoff after delivering a dramatic closing argument in his impeachment trial at the Capitol in Springfield, Ill., on Thursday, Jan. 29, 2009. Blagojevich was convicted, thrown out of office and barred him from ever holding public office in the state again. (Amanda Rivkin/The New York Times)